Years of Caring for the Health of a Nation 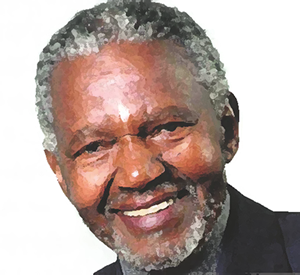 Founded by pioneering medical doctors and professionals – black and white – the Fund is essentially a South African company that in many ways mirrors a South African story.

So where did it all begin? In the late 1960s, black (African) doctors from the Witwatersrand (Pretoria, Johannesburg, East Rand and Vereeniging), formed themselves into The South African Medical Discussion Group (SAMDG). The

group discussed matters of interest in respect of black doctors and their patients. The group was driven by genuine care of their patients, and understood that every South African deserved to be medically covered especially for medical conditions that required specialist doctors. Black specialists could only work as General Practitioners (GPs) with specialist qualifications, as specialist fees were only affordable to medical aid members.

In 1976, the SAMDG appointed its first executive committee chaired by Dr. Mzamane from Katlehong in the Eastrand. In the same year (1976), one of SAMDG members, Dr. Mokgesi, who practiced from Sebokeng, met a white colleague, Dr. Loots at a clinical meeting at the Johannesburg General Hospital where they agreed explore registration of a medical aid scheme and to start a private hospital that would be primarily targeted at the black population.

Once agreed by SAMDG members, Dr. Motlana, an influential leader in black circles and highly respected by business leaders and politicians in South Africa, assumed leadership as chairman of the group. In his capacity as the chairman, he proposed an idea of black doctors taking up shares in the proposed medical aid, and also negotiated with white business to support the initiative. In 1978, the Kwacha Group (Kwacha meaning ‘Day Break’ in Chewa – a Malawian language), a precursor to the Sizwe Medical fund was registered with 38 shareholders. Dr. Loots was the only white shareholder and also served on the board of directors. Sizwe Medical Fund was registered after shareholders had raised R3 million as security to meet medical claims. The proposed private hospital, Lesedi Clinic also opened its doors soon after Sizwe Medical Fund started operating. The Kwacha Group was later changed to Sechaba Group Holdings (Pty) Ltd, and again later to Sizwe Medical Fund. In establishing the Fund, the objectives of the Group were

The first members of Sizwe Medical Fund were drawn from the Barlow Rand Group, Iscor, PUTCO, steel companies and coal mining companies in Witbank and Middleburg as well as motor industry workers from Port Elizabeth and Uitenhage. The leadership of the Group had tried unsuccessfully to get the political leadership of the time to allow black civil servants join the fund. Forty years later, the initiative by Sizwe’s founding fathers, has become a force in the Medical Aid industry, and has bold plans and strategies to serve its members with utmost care.

Get a Free Quote

Get a Free Quote